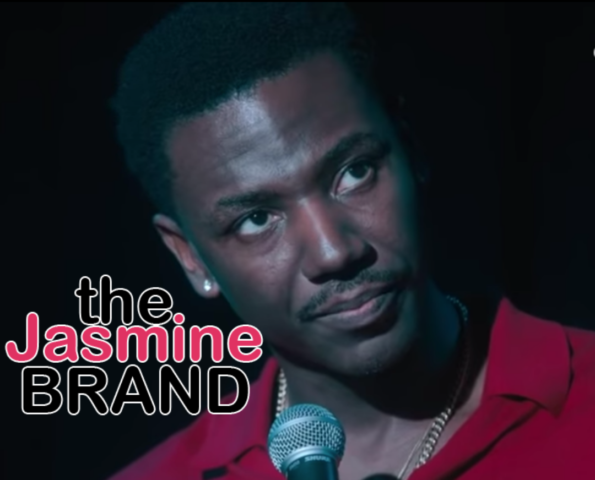 Jerrod Carmichael is getting candid about his sexuality.

Prior to his SNL debut, the 34-year-old comedian released a documentary sharing intimate details of his life growing up. As part of the story, Jerrod reveals that he recently came out to his friends and family.

In the recently released HBO series “Rothaniel”, comedian Jerrod Carmichael gave details about his family history and coming out experience. The North Carolina native speaks about keeping his sexuality secret from his parents, and the moment that changed everything. Explaining the story of how his father’s cheating on his mother became public knowledge, Jerrod stated:

“After that was out in the open, I was left alone feeling like a liar, because I had a secret….One that I kept from my father, my mother, my family, my friends, and you. Professionally, personally. And the secret is that I’m gay.”

While receiving some encouragement from the audience he continued:

“I’m accepting the love, I really appreciate the love. My ego wants to rebel against it….I rebelled against it my whole life. I thought I’d never, ever come out. At many points I thought I’d rather die than confront the truth of that, to actually say it to people. Because I know it changes some people’s perceptions of me. I can’t control that.”

Jerrod made headlines back in 2019 during his previous HBO special “Home Video”. After stating that he’s “hooked up with men before”, many began to speculate if the entertainer was coming out publicly.  However, Jerrod opted at the time not to directly confirm or deny the rumors.

The “Rothaniel” star goes on to state some of his relationships has changed for better and worse after telling his truth. Though, most importantly, he feels freer and has high hopes for the future.

Did you tune in to Jerrod’s “Rotahniel” special? What were your thoughts? Tell us in the comments!

There's No Way You'll Know Who Any Of These People…

KORN’s MUNKY Attempts To Guess His Own Band’s…